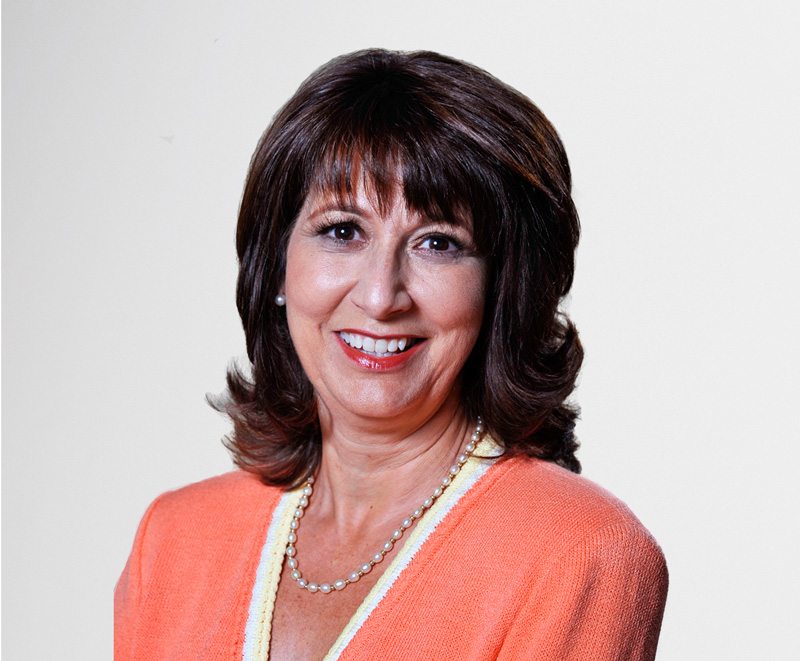 Janine is the Executive Director of the Fieldstone Leadership Network. She joined Fieldstone in 1988 and has served as its leader since 1999. In this role, she is responsible for the overall management of the Foundation’s various programs in Orange and San Diego Counties. She is the architect of nationally recognized Fieldstone Leadership Network, a continuum of leadership training and learning opportunities for nonprofit leaders.

Janine received her undergraduate degree in psychology from the University of San Diego. She holds a Masters degree in Nonprofit Management and Leadership from the USD School of Leadership and Education Sciences. Janine is a 2006 graduate of the Executive Program for Philanthropy Leaders from the Graduate School of Business at Stanford University and has earned her national certification in Nonprofit Management and Leadership (CNP) from the Nonprofit Leadership Alliance. In 2015, the University of San Diego presented Janine with the Author E. Hughes Career Achievement Award, its highest alumni recognition, for her work supporting the nonprofit community and crafting the Fieldstone Leadership Network.

Along with her alumni activities, Janine has served on various boards in the San Diego community. She is currently serving as co-chair of the board for the Institute for Nonprofit Education and Research at the University of San Diego. Janine is involved with the Notre Dame Club of San Diego and serves as a parent liaison for the University’s Parent Program. She has served San Diego Grantmakers as Board Chair, Secretary, Annual Conference Chair, and Governance Committee Chair. Janine is a regular presenter at USD’s Annual Board Governance Symposium and is the creator of the Kaleidoscope Award to recognize exceptional nonprofit boards of directors. Janine has served on the Cathedral Catholic High School Endowment Committee, Parents Association, and the Dons Athletic Club. She is a former board member of the San Diego Blood Bank Foundation, Harmonium, The Children’s Initiative, the National Society of Fund Raising Executives, and the BIA Cares Foundation. Janine is a past advisory committee member for Eureka Communities, San Diego City Schools Partners in Education Program, and the United Way Government Relations Committee. She chaired San Diego’s 1998 Philanthropy Day Awards Luncheon.

Janine is a 1992 graduate of LEAD San Diego, a year-long educational program created to develop and strengthen community leaders in San Diego County. In 1995, she was recognized with the LEAD Alumni of the Year Award for her work creating the San Diego Children’s Initiative. She was selected for inclusion in Who’s Who in the West 1998-99 and Who’s Who in America 2000 edition. Janine was recognized in 2009 by the Urban Corps of San Diego County for her long-time support to the organization. In 2010, Janine was recognized by Girls Inc. San Diego as part of their inaugural 100 Women Leaders Strong awards.